What are control valves and how do they work?

To begin with, Control Valves are used to control the flow of fluids such as liquid, gas, and steam by partially opening or fully opening or vice-versa.

The opening and closing are usually done by actuators. The actuators can be operated electrically or pneumatically or hydraulically.

Pneumatic actuators are most commonly used in industrial automation because of their simplicity. It just requires compressed dry air to work.

The standard input pressure range to the actuator is 3 to 15 psi. We have all come across this terminology 3 to 15 psi in automation here is where it is used.

The single-acting actuators need input air supply either to open or close depending on the type of the actuator.

The double-acting actuators need input air supply for both the actions (to close or open ).

In this case, the positioner is a built-in I/P converter. Thus the electrical signal from the controller such as PLC or DCS is directly given to the positioners. It is also called smart positioners. 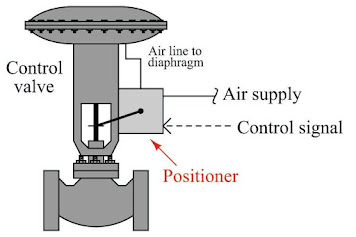 The control valve in the image is a single-acting air to open with a smart positioner.