What Is FIFO in Rockwell Programming?

What Is FIFO in Rockwell Programming?

FIFO is a special programming instruction that can be used in the applications that require to store the sequence of data in order and unload it.

Now we are gonna see how are loading and unloading done in FIFO.

The following are the block parameters in FIFO load instruction,

The following are the block parameters in FIFO unload instruction,

Now we’re going to the run time to see how the loading and unloading happens, 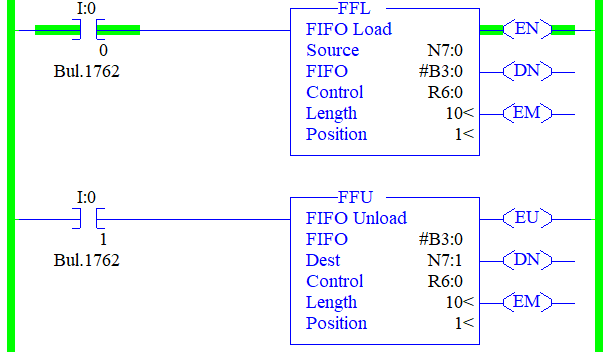 Now we are on the run time and when the input to FFL is made to turn on the value on N7:0 gets loaded to the array address #B3:0. B3:0 is a binary address to view the value as decimal change the radix to decimal. Refer to the below figure for the first loaded value. 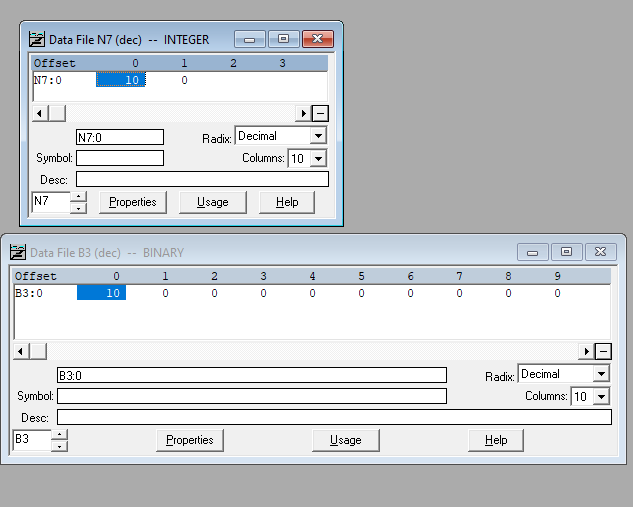 You can also see the number of lengths we specified is 10 and the Binary data file shows us from 0 to 9.

Here is the next loaded value. 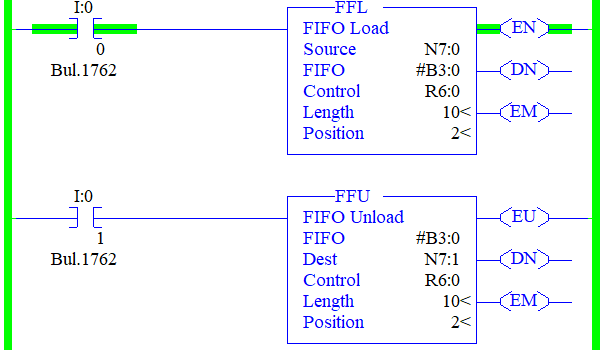 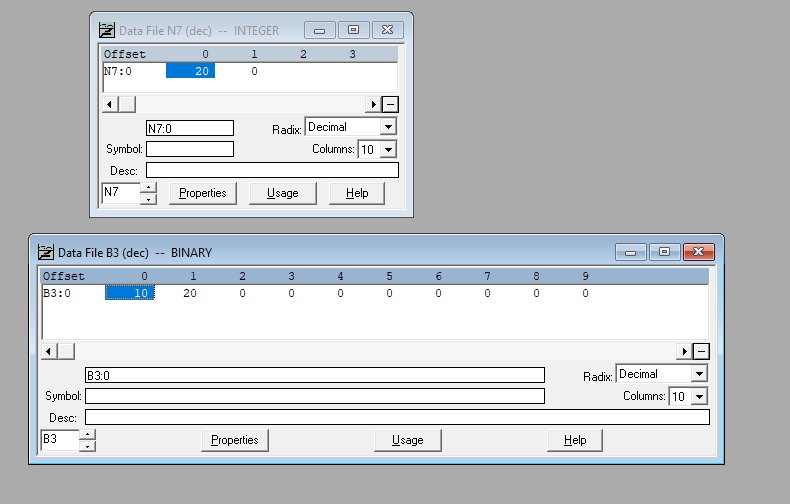 Also, notice that the value gets loaded for each false to the true transition of the rung. Refer to the below figure.

You can see that I have changed the source address value to 30 but it is not getting loaded since the rung is staying true once the rung becomes false and true again then the value gets loaded. 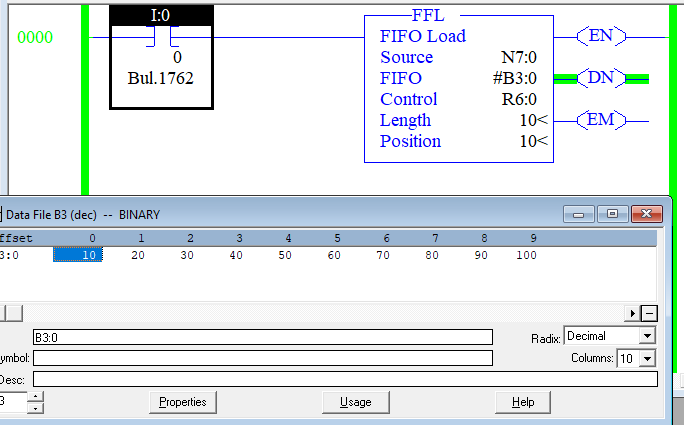 So we have completed loading the values now the Position is at 10 and the done bit does to the true state.

Now we are going to look at the unloading of the data, 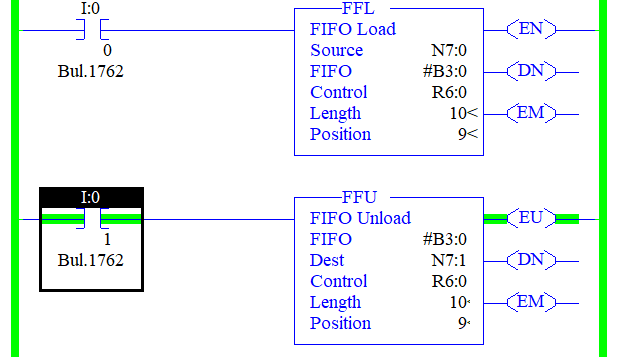 Now I made the FFU rung true you can notice that the done bit goes OFF again. 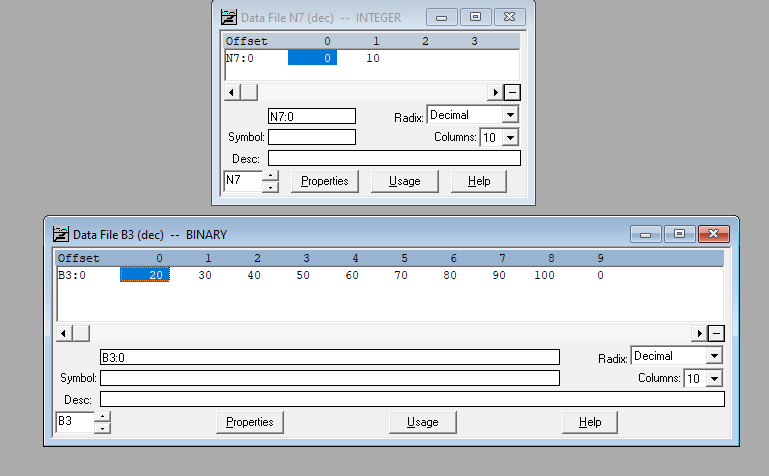 Also, notice that the value which got loaded first comes out first. So the expansion of FIFO is called First in First Out. The one which came first unloads first.

Likewise whenever the rung makes false to true transition each value unloads in a manner that which came first goes out. So the last value which comes out should be 100. 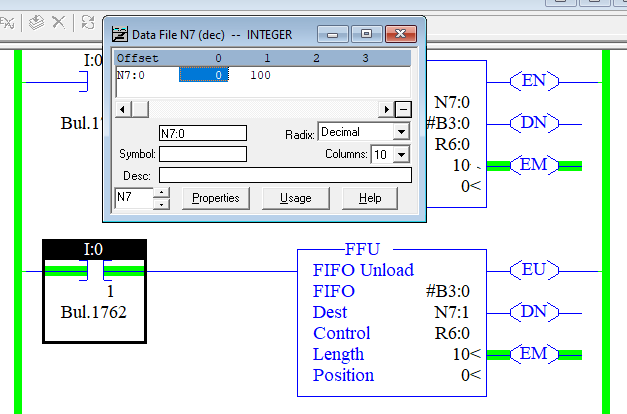 You can also notice from the figure that the empty bit goes up when the values on the FIFO address become empty.

An example of a real-time application where FIFO is used might be tracking parts through an assembly line where parts are represented by values that have a part number and assembly code.