Transducer types and its applications

A transducer is an electronic device that converts energy from one form to another form. It is a device that is capable of converting the physical quantity(i.e. Mechanical, thermal, chemical, optical, etc) into a proportional electrical quantity such as voltage or current. Transducers are also known as PICKUPS. Common types of transducers include microphones, loudspeakers, thermometers, pressure sensors, and antennas.

Transducers can be divided into two parts:

Transducers are not 100% efficient; some power is always lost in the conversion process. Usually, this loss is manifested in the form of heat. 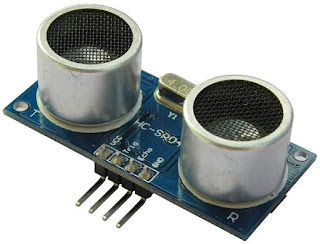 Sensor: A sensor is used to detect a parameter in one form of energy and report it to another form of energy. For example, a pressure sensor might detect pressure( a mechanical form of energy) and convert it into electricity for display at a remote gauge.

Actuator: An actuator accepts energy and produces movement(action). The energy supplied to the actuator might be electrical or mechanical, pneumatic or hydraulic, etc. For example, electric motors and a loudspeaker, converting electrical energy into motion for different purposes. 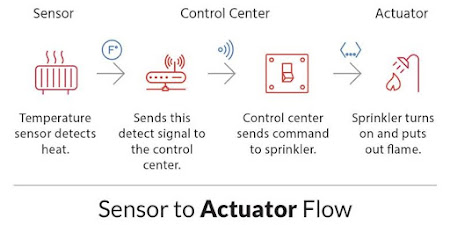 Combination: Combination transducers have both functions, they both detect and create action. For example, a typical ultrasonic transducer switches back many times a second between acting as an actuator and acting as a sensor. 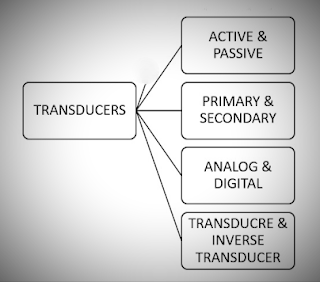 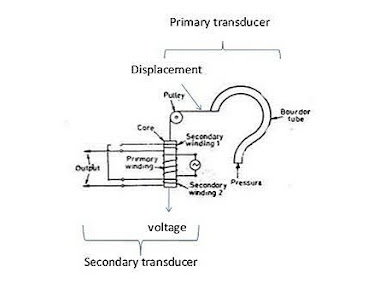 A Digital transducer is a transducer that can convert the input to electrical output in form of pulses. The digital signals work on high or low power.

Transducers which do not need any external power source to produce output are known as active transducers. The required energy is obtained from physical quantity being measured i.e. tachometers. Example- piezoelectric sensors, photovoltaic cells, etc.

A transducer that converts the electric quantity into a physical quantity, such types of transducers are known as the inverse transducer. The transducer has high electrical input and low non-electrical output.

●     Hall effect sensor: It converts a magnetic field level into electrical form only.

●     Microphone: It converts sound into an electrical signal

●     Piezoelectric crystal: It converts changes in water pressure into an electrical form.