What is Cascade control system? 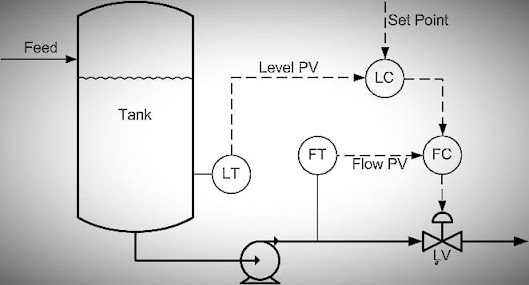 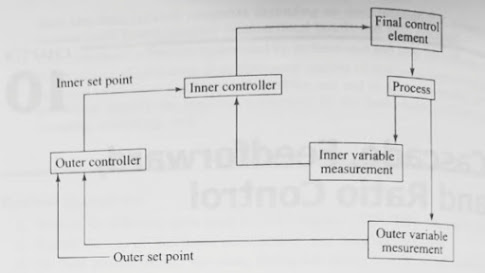 The two measurements are taken from the system and used in their respective control loops. In the outer loop, the controller output is the set point of the inner loop. Thus, if the outer loop dynamic variable changes the error signal affects a change in set point of the inner loop. Even though the measured value of the inner loop has not changed, the inner loop experiences an error signal and produces a new output by virtue of the set point change. Cascade control generally provides better control of the outer loop variable than is accomplished through a single variable system. The primary objective of cascade control is to divide an otherwise difficult control process into two portions; whereby a secondary control loop is formed around major disturbances, leaving only minor disturbances to be controlled by the primary controller.

The main features of cascade control are:

●     The output of the master controller serves as the set point for the slave controller.

●     More than one measurement, but one manipulated variable.

●     Two feedback loops are nested together.

●     Inner loop has the effect of reducing time lag in the outer loop, so that cascade control responds very quickly and improves dynamic performance.

●     The secondary controller corrects the disturbances arising within the secondary loop before they affect the primary variable.

The correct sequence of operation while tuning the controller that work in cascade is as follows:

●     Better control of the primary variable

●     Increase the natural frequency of the system

●     Reduce the effective magnitude of a time-lag

●     Provides limits on the secondary variable

●     It requires an additional measurement to work

●     The control strategy is more complex

●     Required an additional controller and it has to be tuned.

Cascade control of a jacketed CSTR 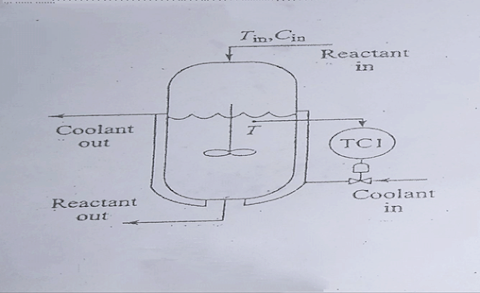 Consider the CSTR shown in the figure. The reaction is exothermic and the heat generated is removed by the coolant, which flows in the jacket around the tank. The control objective is to keep the temperature of the reacting mixture constant at the desired value. Possible disturbances to the reactor include the feed temperature and the coolant temperature. 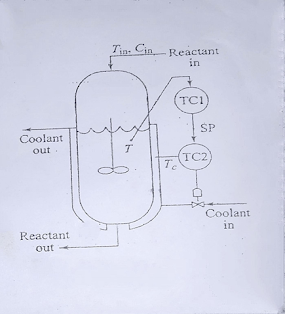