What is Feed-Forward Controller?

As you already know, a feedback control system measures the controlled variable, compares the measurement with the setpoint or reference, and if there is a difference between them it changes its output signal to the manipulated variable in order to eliminate the error. This means that feedback control cannot anticipate and prevent errors, it can only initiate its corrective action after an error has already developed. Thus we can conclude that feedback control loops can never achieve perfect control of a process i.e, keep the output of the process continues at the desired setpoint value in the presence of load or setpoint changes.

Unlike the feedback systems, the feed-forward control configuration reacts to variations in disturbance variables or set point, predicts the disturbance’s effects and takes corrective action to eliminate its impact on the process output. Therefore, the feedforward controllers have the theoretical potential for perfect control. But it is difficult to measure all possible disturbance variables to predict their effect quantitatively feedforward control is generally used along with feedback control in most cases, a combination  of feedforward and feedback technique loops are usually corrected by feedback trimming. with feedforward, the feedback controller must only change its output by an amount equal to what the feedforward system fails to correct.

Structure of the feedforward control scheme 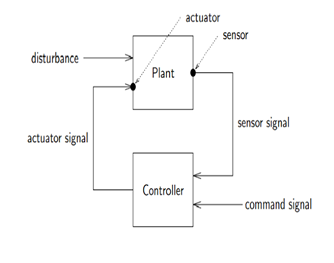 Above figure shows the structure of a feedback control system and in comparison to that general form of a feedforward control system. It measures the disturbance directly and then it anticipates the effect that it will have on the process output. Subsequently, it changes the manipulated variable by such an amount as to eliminate completely the impact of the disturbance on the process output. Control action starts immediately after a change in the disturbance has been detected. It is clear from the figures that feedback acts ‘after the fact’, in a compensatory manner, whereas feedforward acts ‘beforehand’ in an anticipatory manner. 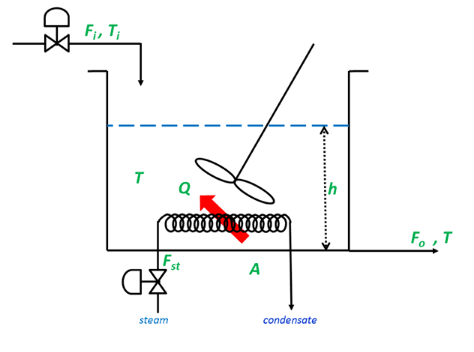 The figure represents the general case of feedforward control with several loads and  single controlled variables. The major components of load are entered into a model to calculate the value of the manipulated variable required to maintain control at the set point.

Here the objective is to keep the liquid level in the drum constant. The two disturbances are the steam flow from the boiler, which is dictated by varying demand elsewhere in the plant, and the flow of the feedwater which is also the principal manipulated variable.

1.    Acts before the effect of a disturbance has been felt by the system

2.    Is good for slow systems or with significant dead time

3.    It does not introduce instability in the closed-loop response

1.    Requires identification of all possible disturbances are their direct measurement