Its works on the principle of the faradays law of electromagnetic induction. So it can be used only for the liquids which are conductive in nature and the conductivity of the liquid should be at least a minimum of 5 microsiemens per second. 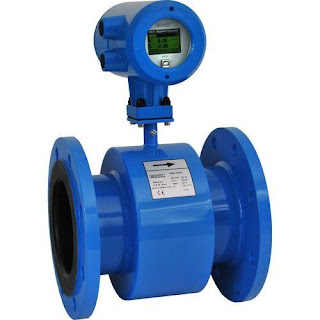 Faraday's law states,   Whenever a conductor of length 'l' with velocity 'v' moves perpendicular to the magnetic field 'B' an emf is generated in the mutually perpendicular direction.

where E is emf.

The volume flow rate Q is given by, 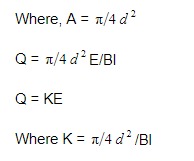 When a liquid that acts as a conductor flows through a magnetic field an emf ( voltage ) is generated as per faraday’s law and the two electrodes which are placed in contact with the flowing fluid measure the induced emf. The induced emf is directly proportional to the volumetric flow rate. 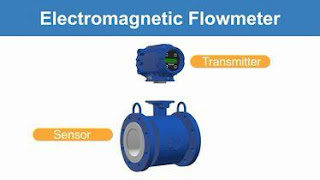